Coventry didn’t know they were playing Cardiff until around 11am on Wednesday morning, but stepped in to fill a fixture gap left when Manchester were unable to travel and came away with a hard-earned 4-3 win against the Devils at Ice Arena Wales. 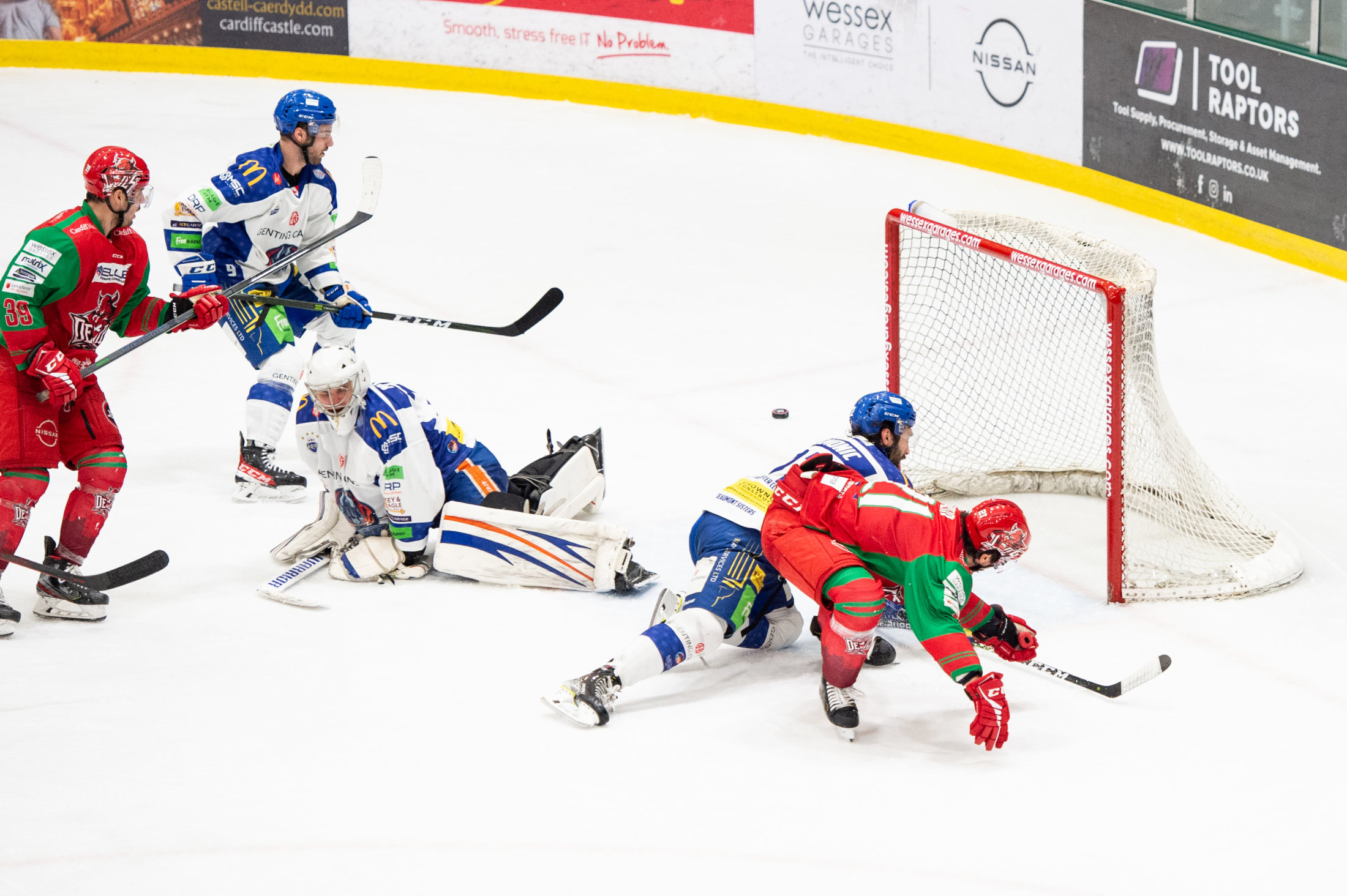 The Devils, playing their final home game before COVID-19 restrictions in Wales will mean they need to play behind closed doors after Christmas, found themselves a goal down just 5:41 into the game as the puck broke kindly to Janne Kivilahti in the neutral zone and he danced his way through the home side’s defense to slot past Mac Carruth.

The game was tied at 16:35 when the Devils forced a turnover in the Blaze zone, and Brodie Dupont’s shot snuck through CJ Motte’s five-hole – all square after 20 minutes.

Cardiff were then guilty of turning the puck over in their own zone 3:24 into period two which allowed Nathanael Halbert to crash his shot into the back of Carruth’s net. That lead was doubled 34 seconds from the end of the period as Luke Ferrara crashed a slapshot past the Devils’ netminder after Brendan Mikkelson had been called for shooting the puck out of bounds.

Josh Lammon pulled the score back to 2-3 after an excellent outlet pass form Mark Richardson sent him forward down the wing to bring the Devils back to within one at 42:08. However, a timely Ferrara goal just 59 seconds later put the Blaze back to up and deflated the home crowd.

Brodie Reid pulled one back for the Devils with 2:59 to play, but despite going with six attackers they could tie things up and the Blaze held on for an excellent two points on the road.
Photo: James Assinder / David Williams / Rebecca Brain