It is a cliche among automotive journalists to say that one engine is just two smaller powertrains glued together. But it turns out that, from a development point of view, that’s kind of true.

Little engines can be used to test larger motors, such as in the case of Cosworth’s Formula 1 V10 engine. In a new video from DriveTribe, Bruce Wood, managing director of powertrains at Cosworth, explains how it used a single-cylinder engine to develop the full-size thing in the late ’90s.

“Obviously, at this point, we had no interest in emissions, this was just about performance development,” says Wood. “So, by making a single cylinder, that’s just the quickest, cheapest way to get a set of pieces you can test and then, you know, we could run through tests enormously quickly.”

Read Also: Cosworth Explains Why Almost Every Engine On Sale Is A 2.0-Liter Inline-Four 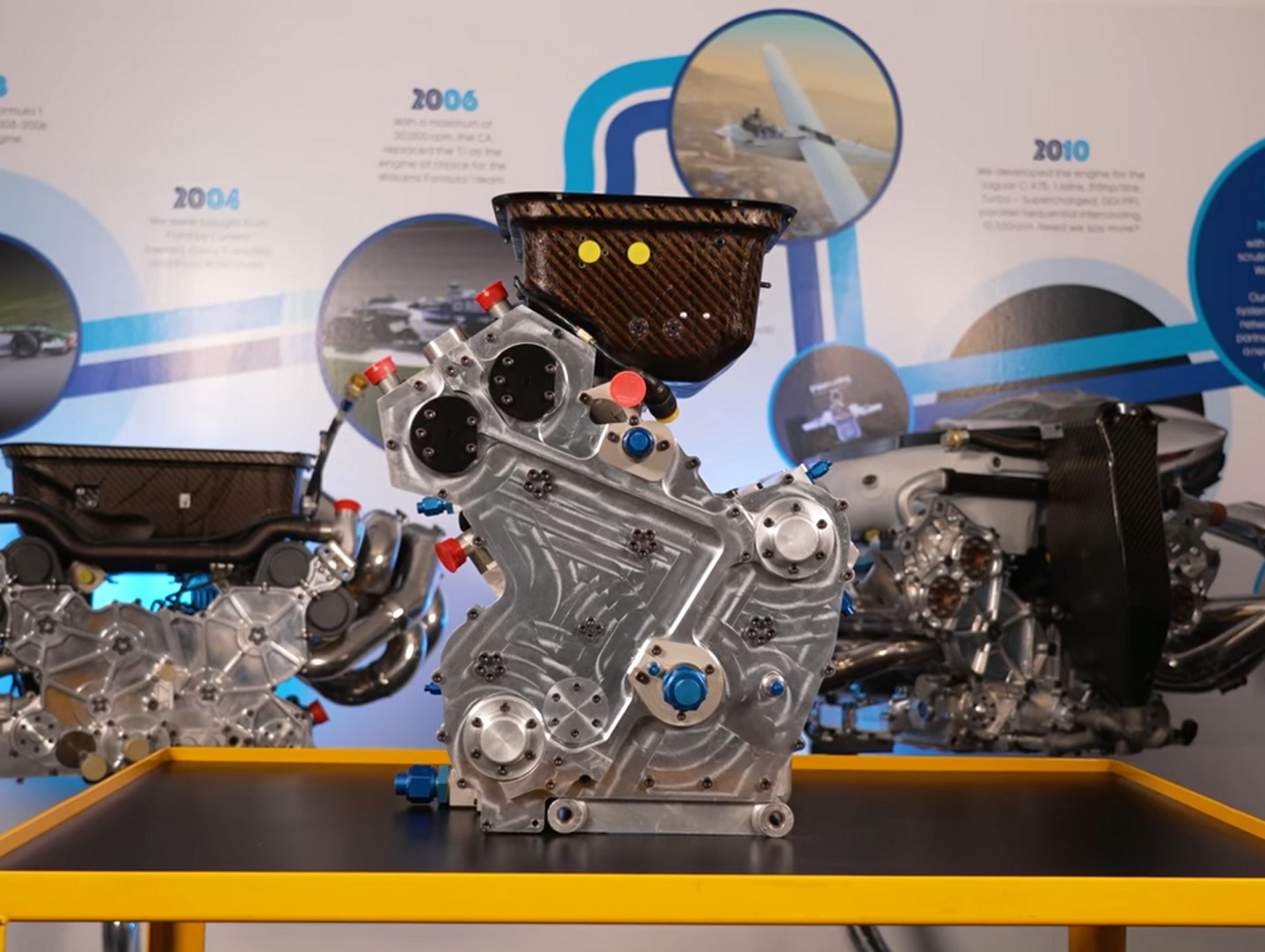 “It has to because otherwise, it’s pointless,” says Wood. “This is one cylinder of that, exactly as you say, you know, every element in the combustion system is identical. The positioning of the camshaft, the lobes, the finger followers, the ring heights.”

Despite that, it doesn’t sound quite as sonorous as the V10 into which it was developed. It also wouldn’t be a particularly good street engine, unfortunately.

When asked if it could go into Richard Hammond’s Opel Kadett, Wood explains that it wouldn’t be very practical. Because of the power band, he guesses that it would need to rev to about 14,000 RPM before it got off the line, not the mention the small issue of finding a gearbox that can handle the 20,000 RPM redline. I guess that’s part of the reason why the Mercedes-AMG One is taking as long as it is to hit the road.