PORTLAND, ME –  Pascal Laberge had a flare for the dramatic on Saturday night at the Cross Insurance Arena. His second goal of the game, just 20 seconds into overtime lifted the Maine Mariners to a 3-2 win over the Adirondack Thunder and a perfect New Year’s homestand. The Mariners won their fourth straight home game overall and pulled back to the .500 mark on the season. 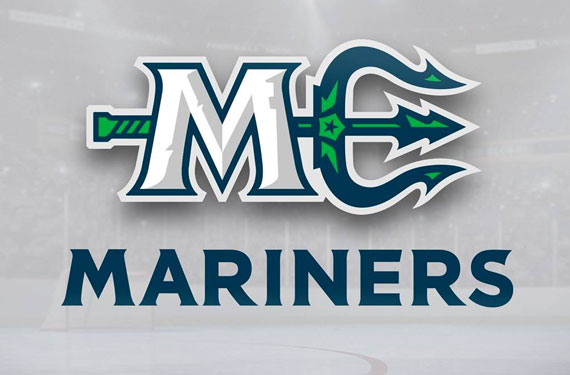 The Mariners struck first in the game on defenseman Jason Horvath’s first professional goal. At the 6:06 mark of the opening period, with the Mariners on the power play, Horvath camped himself in the low slot and deflected a one-time shot from Alex Kile past Thunder netminder Brandon Kasel. Zach Malatesta picked up the secondary assist, his second helper in as many games. The Thunder tied it up at 9:26 of the period when Tyler Irvine pounced on a turnover right in front of Mariners goaltender Zach Bouthillier and slid it through him.

It looked like the second period would go without a goal despite a substantial Mariners advantage in shots (14-5) and time of possession. With the clock winding down, Kile grabbed the puck in the neutral zone and worked his way into the Thunder zone, sliding a pass to Laberge who beat Kasel with just 6.1 seconds to play. The Mariners carried a 2-1 lead into the third.

Midway through the third period, on a Thunder power play, Adirondack’s Robbie Payne got free in the slot and patiently lifted one up and over a sprawling Bouthiller to tie the game 2-2. The Mariners faced another key penalty kill late in the third after a Kile delay of game penalty, but made it through to force overtime. The Mariners controlled possession off the opening faceoff of overtime and never gave it up. Malatesta rushed into the right side Thunder zone and slid the puck across to Laberge at the left circle, who tipped it past Kasel to end the game.

Kile finished with an assist on all three goals, giving him eight points in the three games since return from injury. Bouthiller stopped 31 Adirondack shots to earn his second win of the season.

The Mariners (11-11-3-1) will take on Adirondack three more times next weekend, Friday in Glens Falls, followed by Saturday, January 8th and Sunday, January 9th at the Cross Insurance Arena.