Two-time world champion Alonso returned to F1 last year after spending two seasons out of the series to explore other racing disciplines.

After leaving F1 at the end of 2018 following a four-season stint with McLaren, Alonso raced at the 24 Hours of Le Mans, the Indianapolis 500 and the Dakar Rally.

Alonso enjoyed a successful comeback season with Alpine as he scored one podium finish in Qatar, as well as playing a crucial role in teammate Esteban Ocon’s shock victory in Hungary.

Alonso said earlier in the year that he had enjoyed his F1 comeback more than he expected, and reflected on the season as a whole as being “a good year for me”.

“On-track and off-track, I did enjoy the time with the team, and in this comeback, I was super happy,” Alonso said.

“Normally it is a very small group of drivers that can drive in Formula 1, and it’s not easy to have these kind of possibilities. I felt thankful for this.

“And also the way that the season has been for me, from improving every time and finishing very strong, it was the best way to prepare for 2022.” 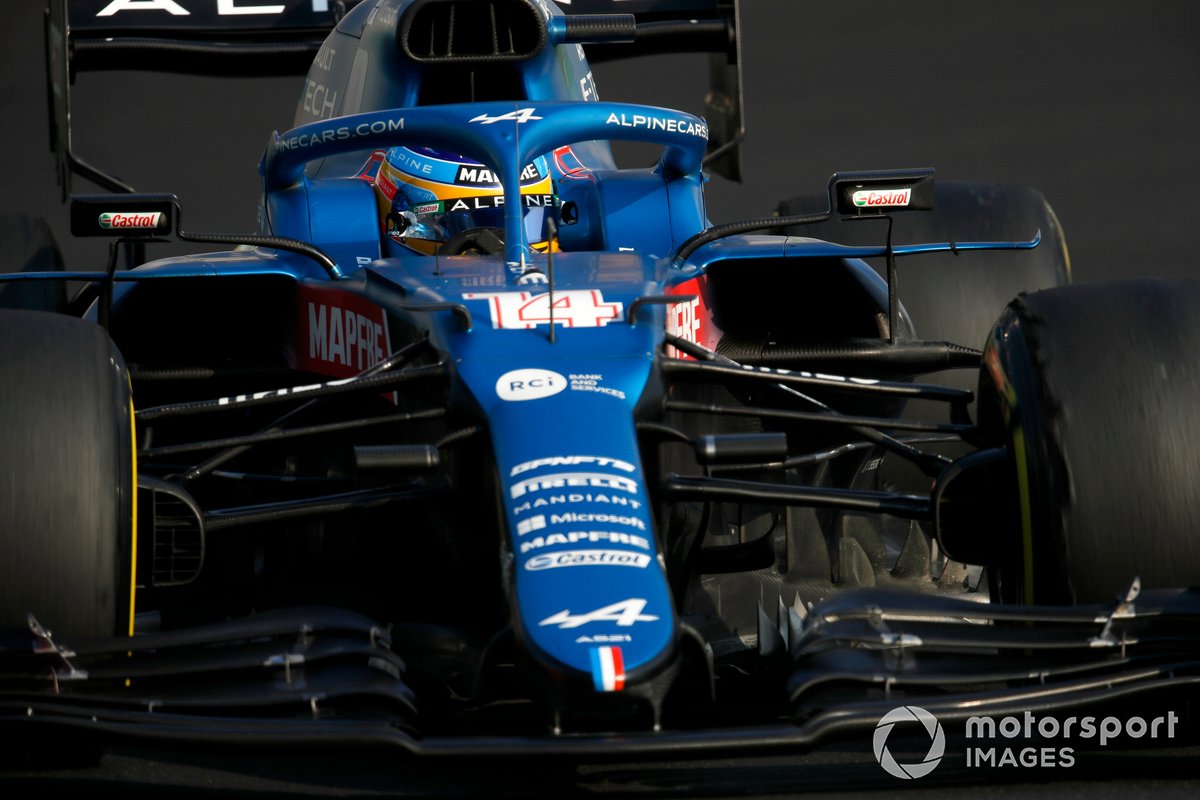 Alonso initially took a few races to get up to speed and readjust to life back in F1, explaining that he found the front tyres particularly difficult to get to grips with.

“The biggest challenge was probably the front tyres and the philosophy that every team has in terms of front suspension, front power steering, feedback that you get on the steering wheel,” Alonso said.

“That’s obviously very unique for each of the teams. And the front tyre construction did change from 2020 to 2021, and that was a challenge, I think, for everybody.

“But it was a challenge apparently for the people that changed teams, we saw at the beginning of the year, and for me as well, because I was two years out of the sport.

“The most rewarding moments were for sure the highs, and the moments that we performed a little bit better. Obviously the victory from Esteban in Hungary, that was the best moment for us as a team.

“My podium in Qatar was obviously a very nice feeling.”