Manchester host Cardiff at 7pm in the Storm Shelter with both teams trying to strengthen their position in the top four. 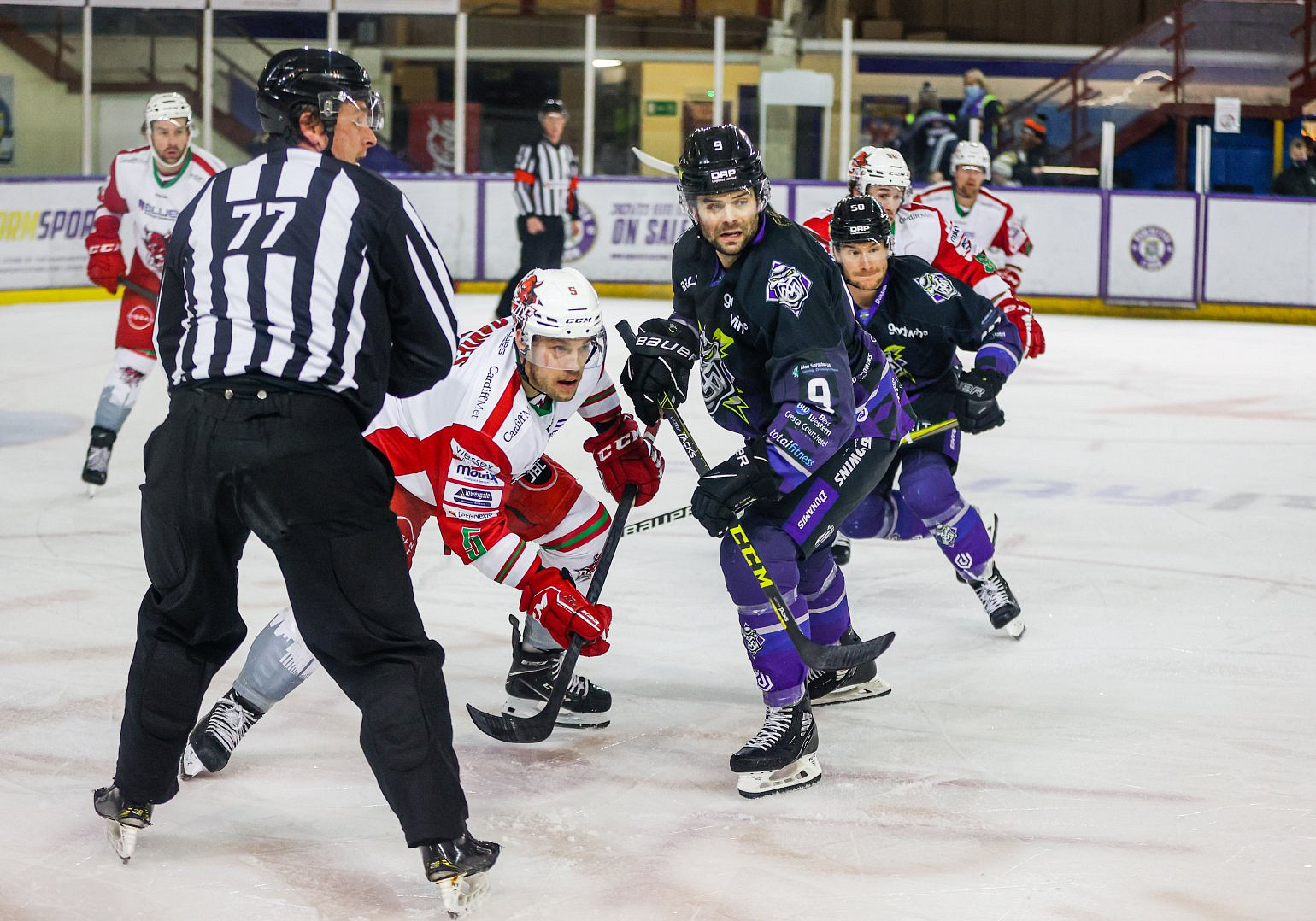 The two teams met on Wednesday night in Cardiff where the Devils came back from two down to win 5-3 and go to within two points of leading the league. The Devils could end the night at the top of the Premier Sports Elite League table, but having played five more games than Sheffield by the end of tonight their stay may not last very long.

Mannchester are a point clear in fourth of Guildford below them on level games. The Storm boast the league’s best home record with 17 points from 22 on offer at the Shelter, and have picked up seven points out of the last eight on home ice.

These teams met on 11 December in Manchester where the Devils took a 4-3 overtime victory.
Photo: Mark Ferris